Thomas the Tank Engine is a cheeky little tank engine that works on The Island of Sodor with all of his friends. He has his own branch line, he has two coaches named Annie + Clarabel, he can push and pull freight cars around the yard, and he can also shunt coaches to help with the big engines start with their journies, or help them get up Gordon's Hill with Percy and Edward for when they need help like Gordon, Henry, James, Emily, and many other engines. He can sometimes be very cheeky, funny, and very tricky to the other engines for when he is having too much fun or decided to play tricks on the other engines, he can be very kind to ht eother engines as well as being very tricky to the other engines, but in the end, he can learn from his mistakes. His first appearance in "Thomas & Friends: Island of Sodor Adventures" will be Thomas Helps Out. He will be voiced by Ackleyattack4427.

Thomas was based off on both Rev. W. Awdry's idea to tell the stories off him and his friends on Sodor to his son, Christopher Awdry, but he was also based off on Billinton designed 0-6-0 E2 Class Steam Locomotive built for the London, Brighton and South Coast Railway. He is painted blue and has a number one painted on both sides of his boiler. He works on his branchline with his two coaches, Annie + Clarabel, on the Island of Sodor.

Thomas was a wise tank engine around the time between episodes 1-7 of Tomy Thomas and friends, but later became crazy after spending so much time with Henry. Through out the show Thomas, stood up to his former bully Nevile, dated Rosie, hosted Trainlover476's 150th videoversary and many more.

Thomas, Percy and James were the first characters introduced in T&F. He has a crush on Lady the Magical Engine as seen in "100th Videoversary".

Unlike the original show, Thomas from DieselD199's series personality changes dramatically throughout each episode, he's portrayed as a murderer in shorts 3,7 and 34 in "TOMICA Thomas & Friends" were he, runs over Sir Topham Hatt, Kills Trick or Treaters on Halloween and fits a pressure-activated explosive to Henry's train as an April Fools prank, respectively. 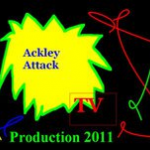 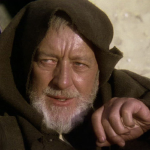